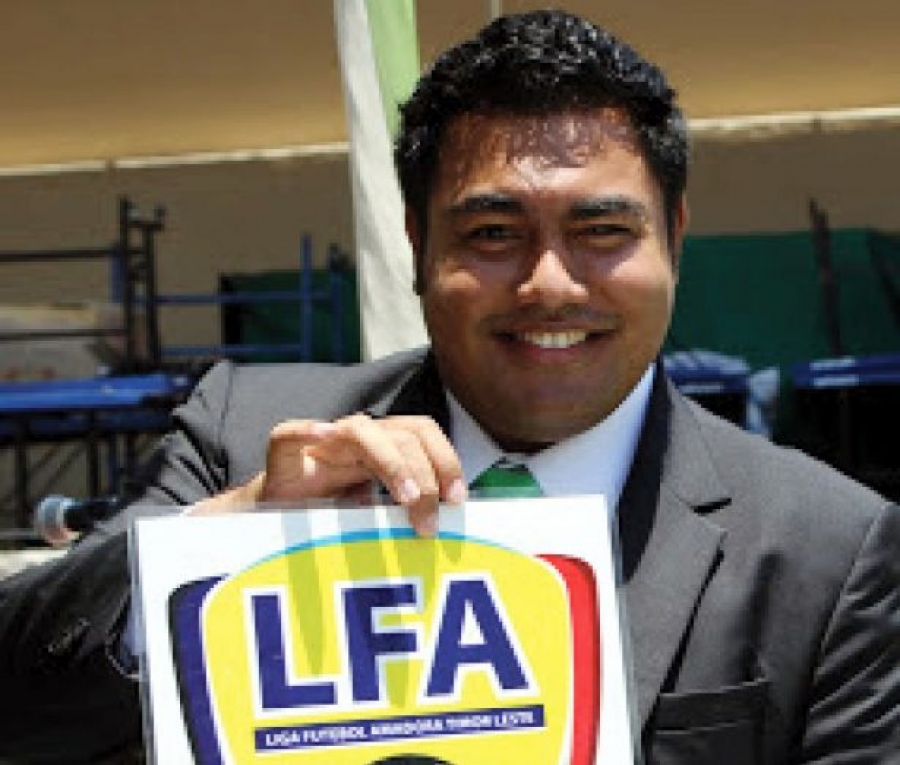 President of the LFA, Nilton Gusmao

DILI: The head of the Liga Football Amadora (LFA) league, Nilton Gusmão, has called for a full substitution of the embattled Timor-Leste Football Federation (FFTL) board for the LFA board.

With the Timor-Leste national team banned from the 2023 Asian Cup for falsifying documents of several Brazilian-born footballers, Gusmão said returning legitimacy to the nation’s football community by getting rid of the current national board had to be a priority.

Speaking to the Independente Monday, Gusmão said installing the LFA board as interim managers of FFTL would send clear message to world football community that Timor-Leste was committed to fair football.

Timor-Leste was expelled from the 2023 Asian Cup on 20 January, after the Asian Football Federation launched a probe with FIFA last June into the eligibility of certain players after qualifying matches for the 2019 Asian Cup in the United Arab Emirates.

"The investigation identified 12 Brazilian-born footballers that were registered in the AFC Administration System with falsified Timorese birth or baptismal certificates," the AFC said in a statement.

Francisco Kalbuadi Lay, the head of the FFTL, has said the board had ordered the falsifications.