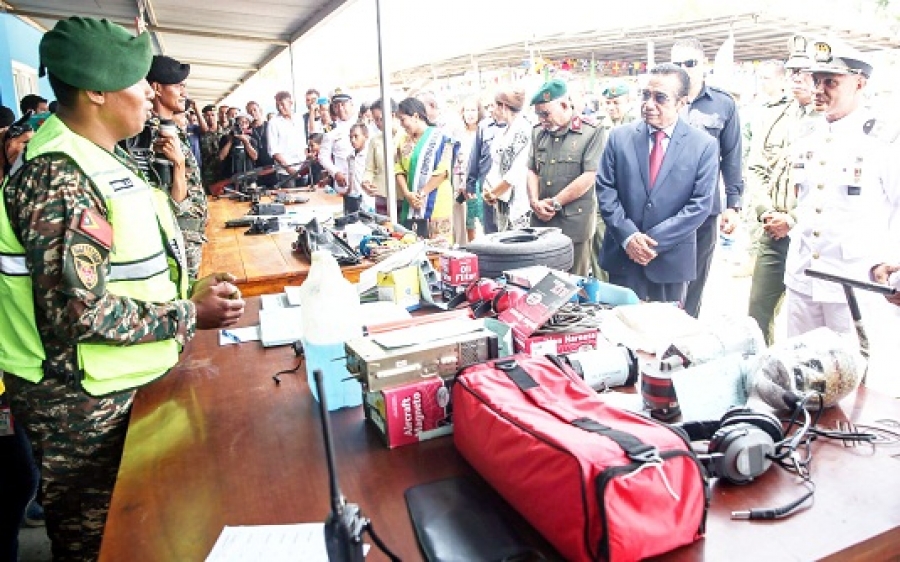 DILI: The President of the Republic has urged the ruling coalition government to take urgent action to improve navy facilities, investing in new boats, submarines and helicopters, to safeguard Timor-Leste’s sea borders.

Addressing officers at the defence force’s naval base in Hera on Sunday, President Francisco Lu Olo Guterres says “sophisticated” sea monitoring vessels are needed for the navy to fulfil its mandate of securing the territory of Timor-Leste.

"My message is very clear,” Lu Olo said. “In the future the navy of FFDTL (Timor-Leste Defence Force)  must be developed so that it can become a professional navy.”

As well as urging the government to take “seriously” investment in sea monitoring vessels, the Head of State has asked the government to facilitate collaborative border protection efforts with neighbouring countries coastguard and navy, in particular Australia and Indonesia.

On 30 August, Australian Prime Minister Scott Morrison announced a “new maritime security package” in which Australia would pay for a new wharf at Hera and help Timor-Leste operate two Guardian class patrol boats that would be given by Australia in 2023.

At the time, Morisson, who was visiting Dili to mark the 20th anniversary of Timor-Leste’s independence vote from Indonesia, said Australia would also provide a training vessel in preparation for Timor-Leste taking delivery of the patrol boats and pay for the concept design of a broader upgrade of the base, according to a government statement.

The cost of the aid package from Australia was not disclosed.

Commentators close to Canberra said the offer was part of Australia’s latest effort to win influence in the region.